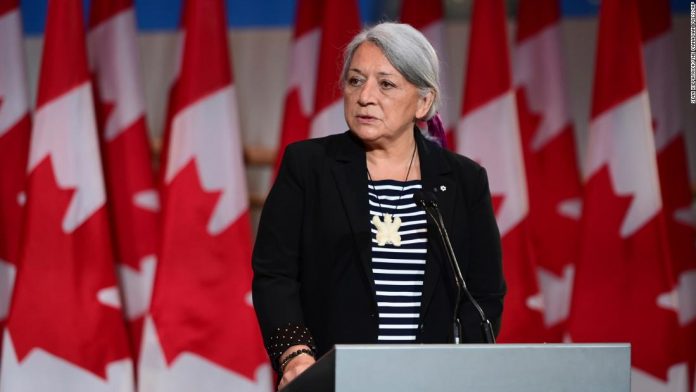 Simon will be the first Indigenous person to serve as the official representative of Queen Elizabeth II in Canada and commander-in-chief of the Canadian Armed Forces. It is a largely ceremonial role although the Queen must approve the appointment after seeking recommendations from the Canadian government.

“Today, after 154 years, our country takes a historic step,” Trudeau said at a news conference on Tuesday as he introduced Simon. “I cannot think of a better person to meet the moment.”

Simon will serve as the country’s 30th governor general, replacing former Canadian astronaut Julie Payette who resigned from the position earlier this year after she was accused by current and former employees of creating a “toxic” workplace environment.

As first reported by the Canadian Broadcasting Corporation (CBC) last year, current and former government employees accused Payette of creating a toxic workplace, harassing and bullying employees and reducing some employees to tears.