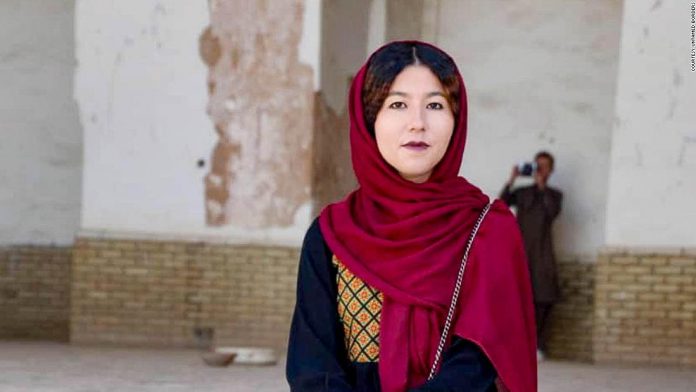 (CNN) — For many people who work as tour guides, showing people around a new city involves a little bit of getting off the beaten track. But when there is no track at all, you just have to blaze one yourself.

That has been the story of Fatima, the only woman working as a tour guide in Afghanistan. The 22-year-old (who asked that CNN not use her surname for safety reasons) grew up leading sheep through the countryside, and now she leads tourists through the streets of Herat, the third-largest city in Afghanistan.

The making of a trailblazer

The youngest of eight children, Fatima is the only one of her siblings to be unmarried and to have gotten an education.

She grew up in rural Gohr Province, where she says there was no schooling available to girls, but she convinced her family to let her take lessons if she brought in enough of an income from sheep herding.

When Fatima was nine, her family settled in Herat. Though she was able to get some informal education, she mostly stayed at…