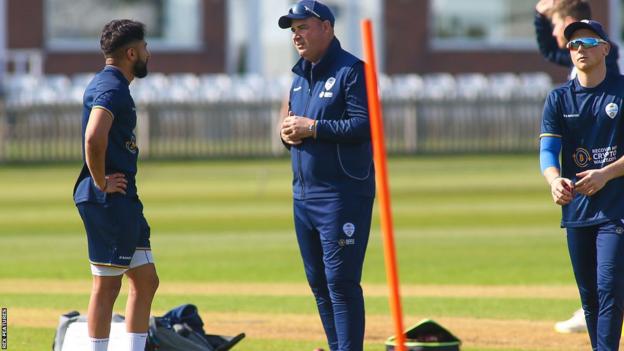 Derbyshire head of cricket Mickey Arthur has signed a three-year contract extension to keep him at the club until the end of the 2025 campaign.

The former Australia, South Africa and Pakistan coach, 54, was appointed in November 2021 after leaving Sri Lanka.

“He’s started an exciting project and wants to bring success and silverware back to our county.”

Derbyshire achieved a club record nine wins in the 2022 group stage, before being beaten by Somerset in the quarter-finals, while six players hit more than 1,000 runs across all formats last season.

Morgan added: “When we appointed Mickey we saw it as a statement of our ambition, and the developments made in the last 12 months have highlighted our potential as a club.”