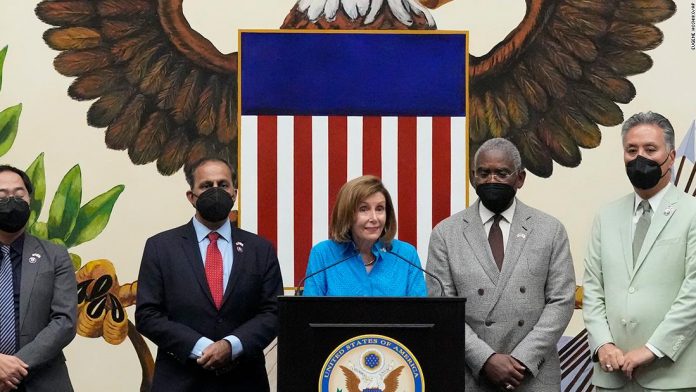 Speaking at a news conference in Tokyo during the last stop of her Asia tour, Pelosi said China had sought to isolate Taiwan from the international community but would not prevent US officials from traveling there.

“We will not allow (China) to isolate Taiwan,” she said. “They are not doing our travel schedule.”

Pelosi’s visit to Taiwan on Wednesday, when she met President Tsai Ing-wen and other leaders, has infuriated China’s Communist Party, which views the self-governed democratic island as its territory — despite never having controlled it.

Ahead of the visit, Beijing had warned it would take “forceful measures” if Pelosi went ahead, and on her departure it launched live-fire military exercises and sent missiles over Taiwan for the first time.

Taiwan’s Defense Ministry said as of 11 a.m. Friday, several Chinese military jets and warships had conducted exercises around the Taiwan Strait and crossed the median line — the halfway point between the island and mainland…

Touring reaches peak suck simply as everyone seems to be making...

UK windfall tax on oil and gasoline firms to boost $6.3...