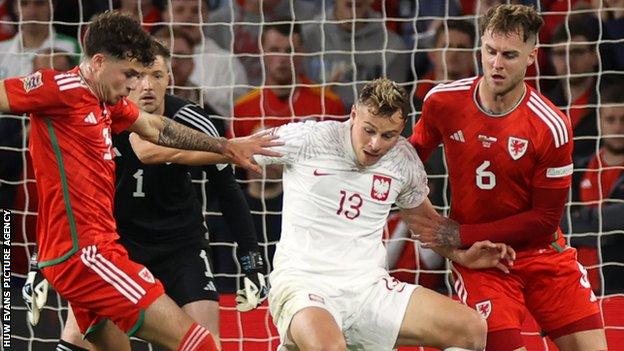 Wales were relegated from the top tier of the Nations League after they were beaten at home by Poland.

The visitors, needing only a draw to secure their survival at Wales’ expense, had the better of a goalless but full-blooded first half in which tempers flared more often than either side was able to create chances to score.

Wales had chances to equalise, with Brennan Johnson’s low shot superbly saved by Wojciech Szczesny before Gareth Bale headed against the crossbar in added time.

But Lewandowski’s moment of inspiration was a worthy decisive contribution in an encounter otherwise relatively low on quality.

Wales finish bottom of Group A4 with just one point from six games in their first campaign at the highest level of the Nations League, although they are in good company with…

Albania 0-2 England: Harry Kane scores one and makes one other