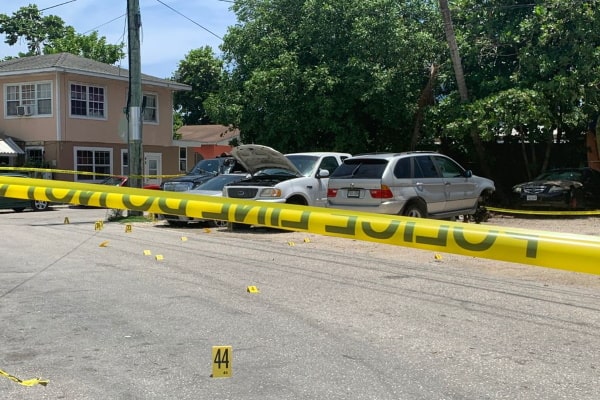 (CNS): Wayne Bellafonte Jr (31) has denied killing Mark Andre Ebanks (36) and Eldon Charles Walton (55) in a drive-by shooting in July 2021 in what police have said was a gang-related murder. Bellafonte, from North Side, also denied the attempted murder of a third man who was shot at the time, as well as the possession of an unlicensed gun. After pleading not guilty to all four charges when he appeared in court via Zoom from HMP Northward, he was remanded in custody until the trial, which has been set for April.

Bellafonte, who was charged in October with the murders, is accused of being one of several unknown men who opened fire from a car as they drove by the Globe Bar on Martin Drive, George Town, last summer, gunning down the three men. Ebanks died at the scene and Walton died from his injuries in hospital two weeks later. The third man recovered.

No one else has been charged for the murders, but in August,