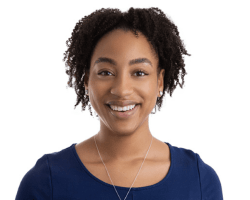 (CNS): Caymanian activist Dejea Lyons (19), a founding member of Protect Our future, has received the highly prestigious Diana Award for her advocacy work for the environment. Established in memory of Princess Diana, the award is given to people aged 9-25 for their social action or humanitarian work. According to Tessy Ojo, the chief executive of the Diana Award, recipients are considered changemakers for their generation.

Lyons was nominated locally by Bill LaMonte, the science teacher at Cayman International School, and internationally by representatives of the Captain Planet Foundation.

A virtual ceremony was held on Friday to recognise this year’s winners, where Princess Diana’s youngest son, Prince Harry, the Duke of Sussex, told the award recipients, “We need you to keep making a difference.”

Lyons, a firm believer in the power of intergenerational discourse, has been doing her best to make a difference for several years, and her work…

Board chair says bosses are abusing WP course of