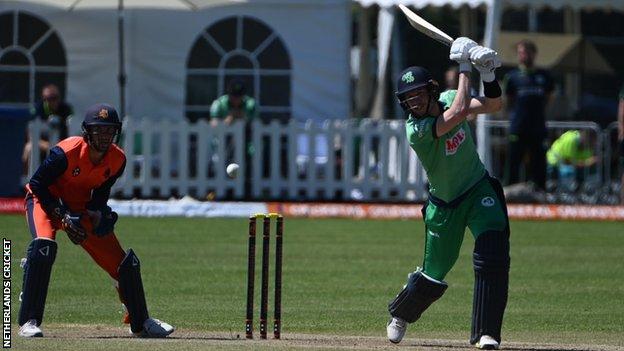 Ireland went down to a 2-1 series defeat against the Netherlands after losing Monday’s final game by four wickets in Utretch.

But the last seven wickets fell for just 46 as the Irish were dismissed for a disappointing 163.

Netherlands openers Stephan Myburgh and Max O’Dowd (36) set the foundation for a comfortable win as they made 166-6.

It leaves the Irish with just two wins from their opening nine World Cup Super League matches, with hopes fading of making the 2023 tournament in India.

The hosts won the opener before Ireland levelled thanks to half-centuries from captain Andrew Balbirnie and opener Paul Stirling.