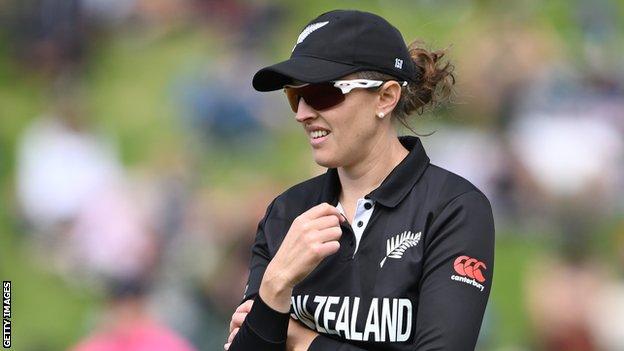 All-rounder Amy Satterthwaite has retired from international cricket after missing out on a central contract with New Zealand Cricket (NZC).

“It has been a tough few days after learning of NZC’s decision to head in a new direction and contract some younger cricketers,” said Satterthwaite, 35.

“I am disappointed not to be receiving a contract and believe I still had more to offer, however I respect NZC’s decision and I wish the White Ferns all the best as they embark on an exciting winter of cricket.”

Satterthwaite made her international debut in 2007 and captained her country in 2018 and 2019.

She holds the best bowling figures for New Zealand in T20s, having taken 6-17 against England in 2007, and hit four successive ODI centuries in 2016-2017 – a feat matched only by former Sri Lanka…