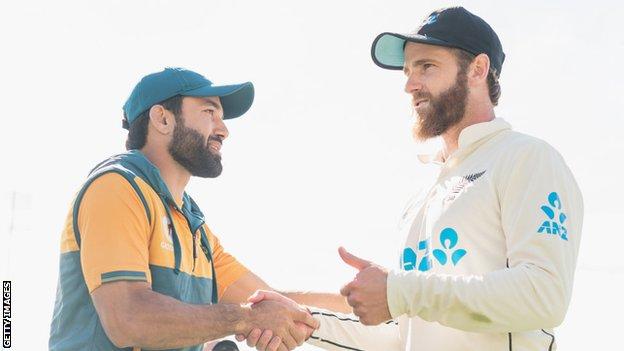 New Zealand will tour Pakistan next month for the first time since 2003.

The sides will play three one-day internationals and five Twenty20 matches in Rawalpindi and Lahore.

“It’s great that, after such a difficult time for Pakistan, international cricket is again being played in the country,” said New Zealand cricket chief David White.

The Pakistan Cricket Board said the tour “will reinforce Pakistan’s status as a safe and secure country”.

International sides have largely stayed away from Pakistan since the 2009 terror attack on Sri Lanka’s team bus en route to a match in Lahore.

Pakistan Cricket Board’s chief executive Wasim Khan said the “series against a top-ranked side like New Zealand will be a perfect start to a mouth-watering and highly exciting home season of red and white-ball cricket”.

The Kiwis are world Test champions,…

County Championship: Lancashire shut in on win over Northamptonshire