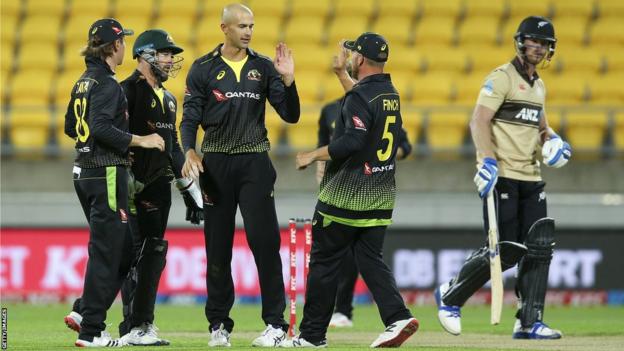 Left-arm spinner Ashton Agar took 6-30 as Australia crushed New Zealand by 64 runs in the third Twenty20 in Wellington to keep the series alive.

Chasing 209, the hosts were bowled out for 144, with Agar returning the best figures by an Australian in T20s and the fifth-best of all time.

Australia lost Matthew Wade early, but Finch and Josh Philippe, who made 43 off 27 deliveries, put on 83 before Maxwell launched a brutal assault, which included taking 28 off one Jimmy Neesham over.