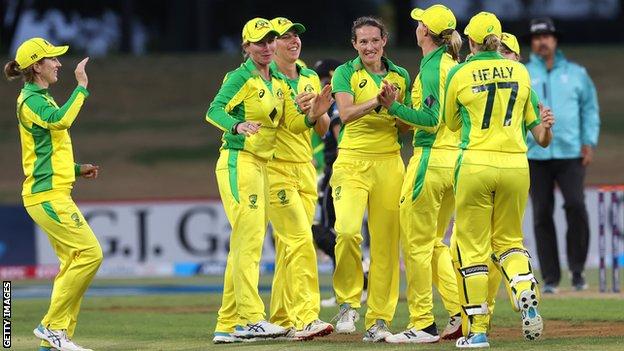 Australia extended their one-day international winning streak to 23 matches with a 71-run win over New Zealand to clinch the three-match series with a game to spare.

Amelia Kerr top-scored for the hosts with 47 in Tauranga but they lost 7-80 after Kerr fell to Jonassen.

It is an 18th consecutive bilateral ODI series victory for Australia’s women.

Australia underperformed with the bat, despite 87 from Haynes, as off-spinner Leigh Kasperek took a…

County Championship: Warwickshire chase down 333 to beat Nottinghamshire by three...