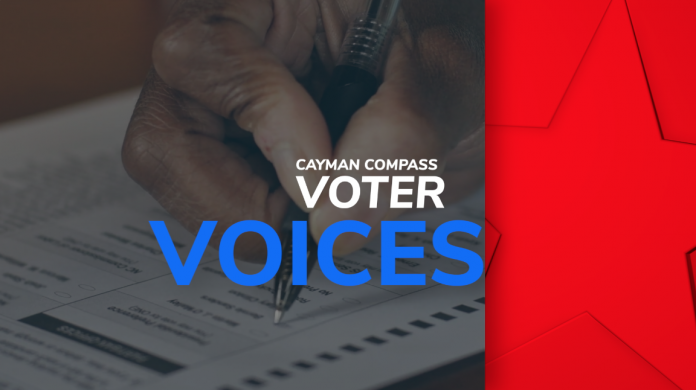 With electorates just short of 1,500 voters apiece, Newlands and Savannah rank among the larger constituencies in the Cayman Islands and both are being keenly watched by local political pundits.

In Newlands, the margin of victory for incumbent Alva Suckoo back in 2017 was 15 votes. In that election, he faced two challengers, both of whom – Wayne Panton and Raul Gonzalez – are running again this year. Roydell Carter has also entered that race.

On the other side of the boundary, in Savannah, Malcolm Eden, son of incumbent Anthony Eden who is not seeking re-election, faces Heather Bodden and Jeanna Williams.

For this week’s Voter Voices, we headed into those communities to hear what issues the voters want prioritised by their next MPs.

Traffic was number one on Newlands resident Terry Nathan’s list of grievances.

“The problem we have in the morning is traffic… I mean, without school traffic [it] is good, but when school is going on, traffic is real…