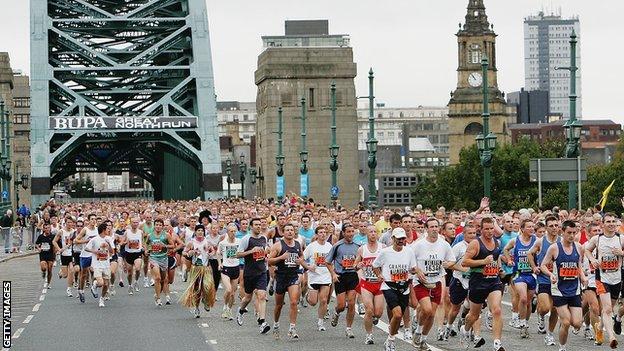 Sunday’s Great North Run in Newcastle is the 40th edition of the famous half marathon.

The race will be live on BBC Two and BBC One or you can watch the uninterrupted stream on the BBC Sport website and app from 09:00 BST.

We’ve put together three things for you to look out for in Sunday’s race.

After plans for the 40th anniversary celebration were dashed by the pandemic last year, the race will take place on a redesigned route, starting and ending in Newcastle.

This year’s run will not finish in South Shields as usual and instead runners will cross the Tyne Bridge twice, after Covid concerns prompted a shake-up and a different course for the first time in 40 years.

UK sport our bodies again use of ‘vaccine passports’ to permit...