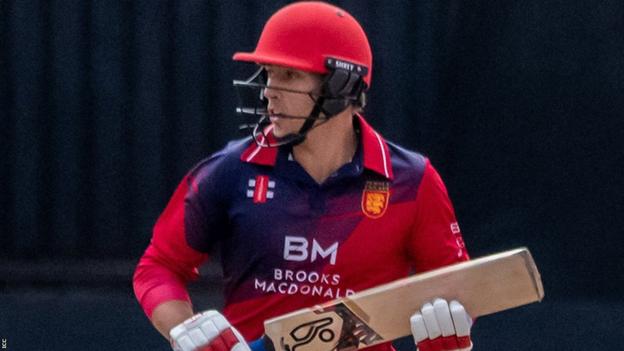 Nick Greenwood’s international cricketing career may well have never existed, were it not for a chance conversation at a club game in Lancashire in 2019.

The batter was spending a summer in England from New Zealand provincial side Wellington when talks about his birth island of Jersey led to a few phone calls and an international debut a few weeks later.

“I was at a club and someone there went to university with a guy that played for Jersey and we got chatting,” Greenwood explained to BBC Sport over Zoom from Wellington.

“He said ‘they’ve got a cricket team’ and I said ‘really?’ I didn’t know much about them, I did a quick Google search and thought it was something I might be interested in and I said to him ‘would you mind getting in contact with your mate?'”

County Championship: Essex in robust place in opposition to Kent on...