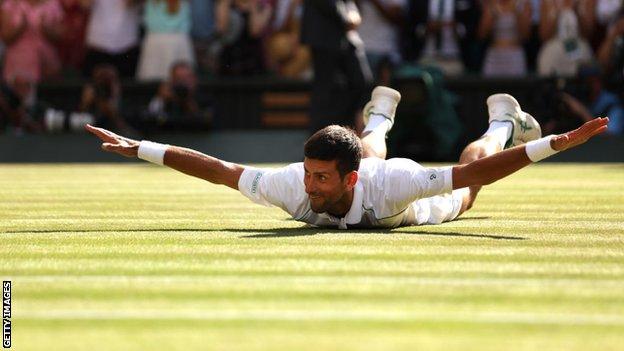 Novak Djokovic underlined his recent dominance at Wimbledon with a composed and controlled fightback against Australia’s Nick Kyrgios to win a fourth consecutive men’s singles title.

It is Djokovic’s seventh SW19 men’s title and only Roger Federer has more.

Top seed Djokovic made a slower start than his 27-year-old opponent, who initially seemed unnerved by playing in his first Grand Slam singles final.

But the Serb did not lose belief as he showed all of his experience and nous to turn the match around.

Individuals will not be going loopy with vacation gifting this yr

Faroe Islands will permit 500 dolphins to be killed in annual...