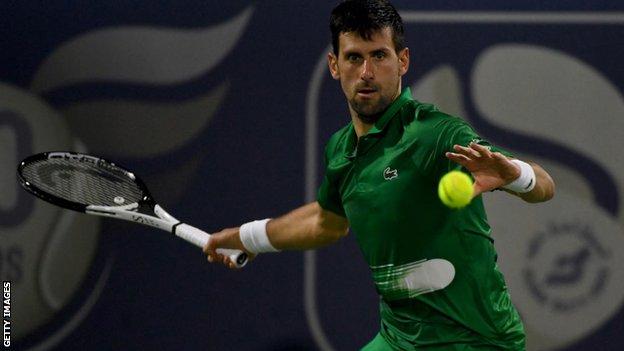 Novak Djokovic has withdrawn from Indian Wells and the Miami Open – the first two Masters Series events of the year – because of US coronavirus rules.

Regulations require any non-US citizen to have a Covid vaccination before entering the country.

Serb Djokovic, 34, told the BBC last month that he had not been vaccinated.

The 20-time Grand Slam winner was included in the draw for both events, but has since posted on Twitter that he knew it was “unlikely” he could travel.

He is likely to make his return to the tour at the Monte Carlo Masters in April.

The Indian Wells draw will be less balanced following the late withdrawal of Djokovic, who was seeded second.

As the next player in line to be seeded outside the tournament’s top 32, last year’s semi-finalist Grigor Dimitrov will move into Djokovic’s space in the draw. A lucky loser from qualifying will fill the Bulgarian’s spot in due course.

A shelter in Poland is rescuing animals displaced by struggle in...