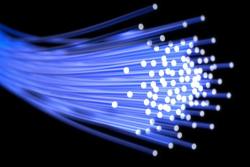 (CNS): A long-running dispute between local broadband service providers Flow and C3 has been resolved following arbitration proceedings mediated by OfReg, the utilities regulator said in a press release. In a complex row lasting well over three years, C3 had complained about problems relating to infrastructure-sharing with Flow, which it claimed was breaching its licence requirements to provide access.

The regulator has largely found in C3’s favour, especially in relation to the rates Flow was charging, and C3 should now be able to provide a better service to its customers. However, it also sided with Flow on a number of technical aspects.

OfReg said it had conducted an extensive investigation and consultation process with both companies to establish the facts of the dispute, which ranged from slow or uncompleted work, appropriate pricing, technical issues on sub-duct sizes and access to install equipment at the MAYA-1 cable landing station.

It has now made a…