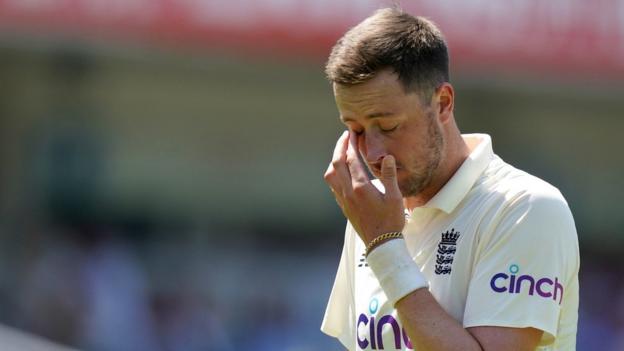 The 27-year-old seamer was suspended from international cricket on Sunday after racist and sexist tweets he posted in 2012 and 2013 were shared online.

He will miss Sussex’s matches against Gloucestershire and Hampshire on Friday and Saturday respectively.

There is currently no indication when he will play again.

“After a difficult week, Ollie has decided to take a short break from the game to spend time with his young family,” read a Sussex statement.

“We remain in close contact with Ollie from a welfare perspective and will issue further updates on his availability at the relevant times.”

County Championship: Somerset bowl Hampshire out for 79 in first innings