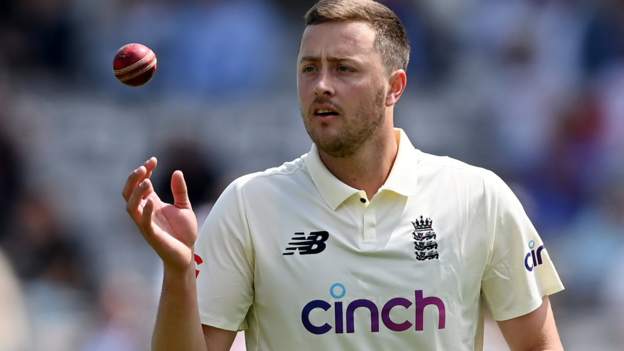 England fast bowler Ollie Robinson has apologised after historical tweets of a racist and sexist nature were revealed during his Test debut against New Zealand at Lord’s.

“I am embarrassed by the racist and sexist tweets that I posted over eight years ago, which have today become public,” said Robinson. “I am sorry, and I have certainly learned my lesson today.”

Sussex’s Robinson took 2-50 on the opening day of the first Test of the two-match series.

However, during the day the tweets were shared online.

Reading a prepared statement at the close of play, Robinson said: “I want to make it clear that I’m not racist and I’m not sexist.

“I deeply regret my actions, and I am ashamed of making such remarks.”

Former England captain Michael Vaughan told BBC Sport.”All the talk is going to be about his tweets. We should be talking about how well he bowled.

Covid in Scotland: Ten methods crime modified through the pandemic