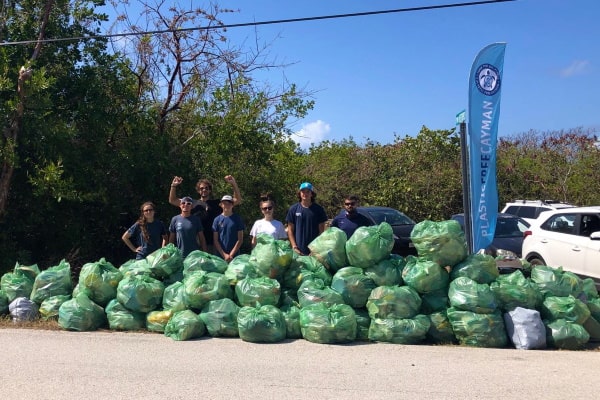 (CNS): In less than three months, Plastic Free Cayman has removed more than 7,350 pounds, or around 3.7 tons, of debris from beaches around the Cayman Islands, most of it plastic. This means that despite their efforts to raise awareness, plastic pollution is getting worse, and the activists said the next government must implement the long-discussed single-use plastic ban and improve recycling systems. Last Sunday PFC and Protect Our Future joined forces with the Guy Harvey Foundation for their latest volunteer effort and collected another 1,120 pounds of garbage, again mostly plastic.

The huge beach cleaning event was held at Spotter Bay in East End, where 50 pairs of hands removed the small mountain of trash from one of the hardest hit coastlines on Grand Cayman when it come to marine debris.

Sadly, most of the trash collected was not only plastic, but…