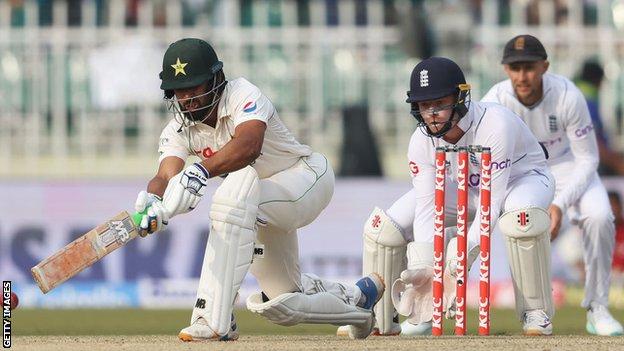 England’s record-breakers were shown just how hard it will be to win the first Test as Pakistan dug in on day two in Rawalpindi.

After racking up an astonishing 506-4 on day one, England pushed to 657 all out, their highest total against Pakistan and in a Test in Asia.

Harry Brook eventually fell for 153, at one stage taking an over from Zahid Mahmood for 27, also an England Test record.

On top of that, the 398 runs added in boundary fours and sixes was the most England have ever scored in a Test innings.

However, for as much as England’s batters enjoyed the flattest of pitches, their bowlers were repelled by Pakistan openers determined to make the most of the conditions.

Abdullah Shafique and Imam-ul-Haq took the home side to 181-0,…