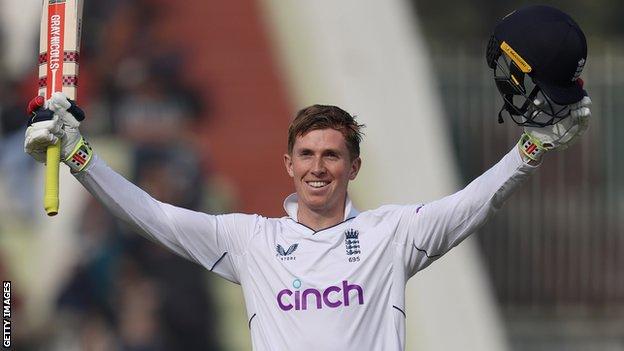 Four batters crashed hundreds as England piled up the runs on a scintillating first day of the first Test against Pakistan in Rawalpindi.

On a historic occasion – England’s first Test in Pakistan for 17 years – the tourists broke records with some breath-taking batting.

Ben Duckett marked his first Test for six years with his maiden hundred, making 107 as the openers shared 233 for the first wicket.

When they fell, Ollie Pope picked up the baton with 108, adding 176 with Harry Brook, who stole the show by thrashing England’s third-fastest hundred of all time.

Brook made his first Test ton from 80 balls and took England to 506-4, the most runs any team has ever scored on the first day…

Sporting occasions referred to as off following dying of Queen Elizabeth...

County Championship: Nottinghamshire beat Leicestershire by an innings and 9 runs