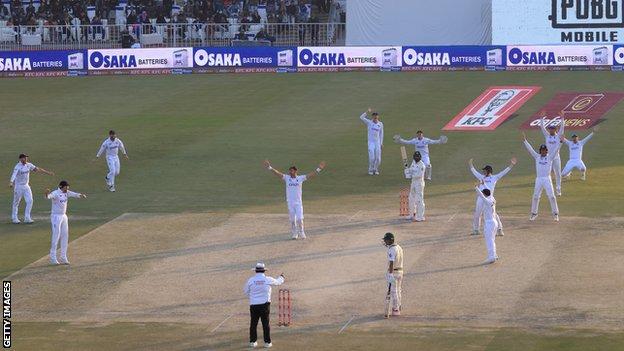 The demerit point given to the Rawalpindi pitch used in England’s thrilling first-Test win over Pakistan in December has been rescinded.

The Pakistan Cricket Board was successful in an appeal, partly because of the memorable end to the match.

England were able to force a 74-run victory in the dying moments of the final day.

After reviewing footage of the Test, the ICC said: “There were several redeeming features – including the fact a result was achieved following a compelling game, with 37 out of a possible 39 wickets being taken.

“As such, the appeal panel concluded the wicket did not warrant the ‘below average’ rating.”

Pitches for every international match are rated, with negative ratings resulting in demerit points, the accumulation of which could lead to a suspension of staging rights.

If a venue receives five demerit points in a five-year period, it will be suspended from hosting international cricket…

Jofra Archer praised for his efficiency on his return to cricket...