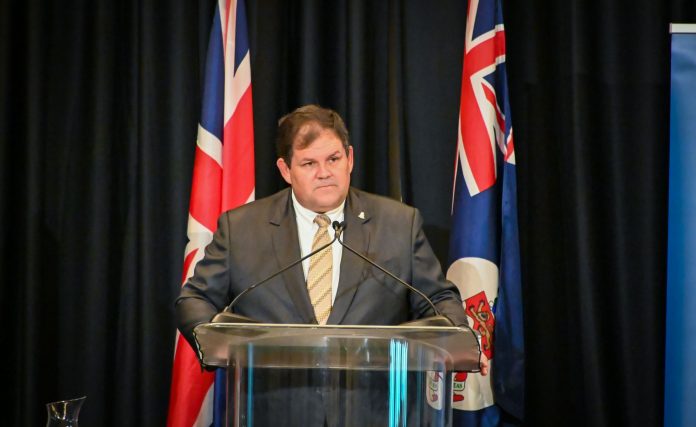 Premier Wayne Panton has unveiled a five-phase reopening plan for Cayman’s borders that could see a limited return of tourism by September and a full easing of restrictions for vaccinated travellers and their children by mid-November.

Speaking at the Chamber of Commerce legislative luncheon Thursday afternoon, Panton said a safe and successful reopening was essential to Cayman’s economy.

He said transition through all phases of the plan is dependent on monitoring by public health officials.

The premier said the dates outlined in his presentation were contingent on getting as close to the vaccination target for the local population as possible.

Phase 2 of the proposed plan announced by the premier, which comes into effect from 9 August, sees the removal of GPS monitoring for vaccinated travellers and the introduction of weekly testing for unvaccinated frontline workers.

Phase 3 could then see limited tourism return from 9 September. A set of information slides released by government…

Nagarro, Soravia, and Google Cloud partner to shape the future of real estate –...