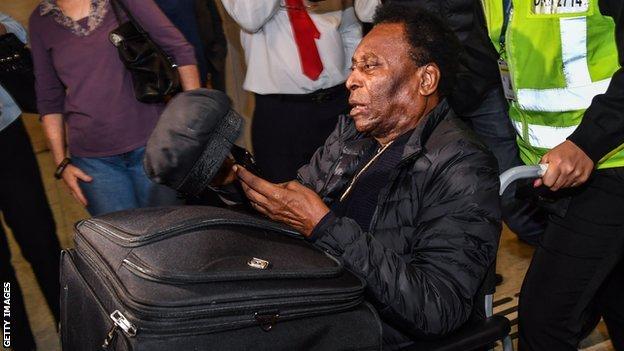 Brazil legend Pele has had surgery to remove a tumour from his colon.

Following reports that the 80-year-old had been in hospital for six days, he posted on social media on Monday, saying he had surgery to remove the “suspicious lesion” last Saturday.

“I will face this match with a smile on my face, a lot of optimism and joy for living.”

Five days ago, the former Santos and New York Cosmos forward denied reports he had fainted and had “routine exams”.

He now says the tumour in the right colon was discovered in the tests last week.

“Thank God for feeling very well and for allowing Dr Fabio and Dr Miguel to take care of my health,” he added.

How the Seychelles is racing to grow to be the world’s...