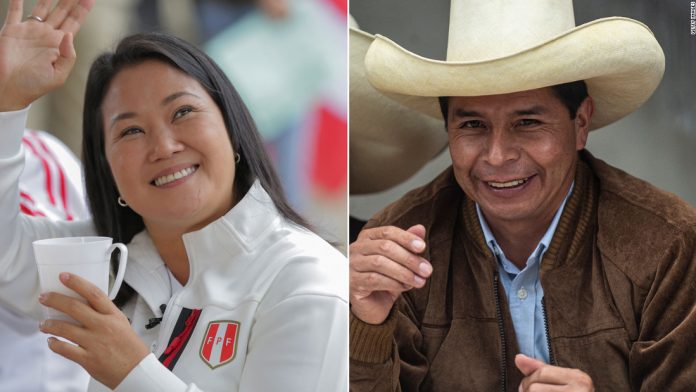 With all polling station records processed, data from the Peruvian electoral authority, ONPE, on Thursday evening showed left-wing populist candidate Pedro Castillo had won 50.179% of the vote. His right-wing rival Keiko Fujimori received 49.821%. The two were separated by fewer than 63,000 votes.

Turnout was little over 74%. Peru has a population of about 33 million.

Peruvians headed to the polls at a time of extreme political instability. The incumbent president, Francisco Sagasti, holds the post on an interim basis. He became Peru’s fourth president in less than five years after Congress voted to oust popular former leader Martin Vizcarra and Vizcarra’s replacement, Manuel Merino, resigned.

Castillo, a rural school teacher who has never held public office, campaigned on a promise to grant states greater control over markets and natural resources as part of a plan to bring the benefits of economic growth to Peru’s poorest, while attempting to head off warnings that his policies…

The Foundation for Global Sports Development Awards $60,000 in Scholarships to the Class of...