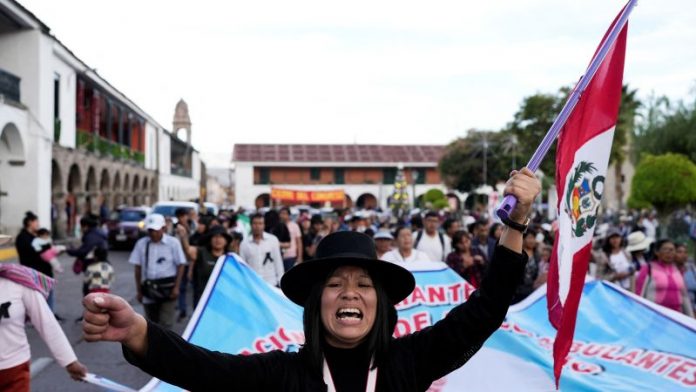 “If something happens to me, don’t cry,” Leonardo Hancco told his wife, Ruth Barcena, the morning of December 15 in Peru’s southern city of Ayacucho.

The 32-year-old taxi driver and father of a seven-year-old girl had decided to join Peru’s nationwide political protests at the last minute.

“If I have decided to join because I want to leave a better future for my children, I’m fighting for my rights,” he added before leaving, according to Barcena.

Demonstrations that first broke out after the ousting of former President Pedro Castillo in December have since continued – largely in central and southern Peru, where Ayacucho is located – fuelled by allegations of corruption in the government and elected officials, as well as anger over living conditions and inequality in the country. Protesters demand President Dina Boluarte’s resignation, the…

US repatriates Gitmo prisoner again to Afghanistan after courtroom dominated he...

Journey information this week: Shipwrecks and a crowdfunded island