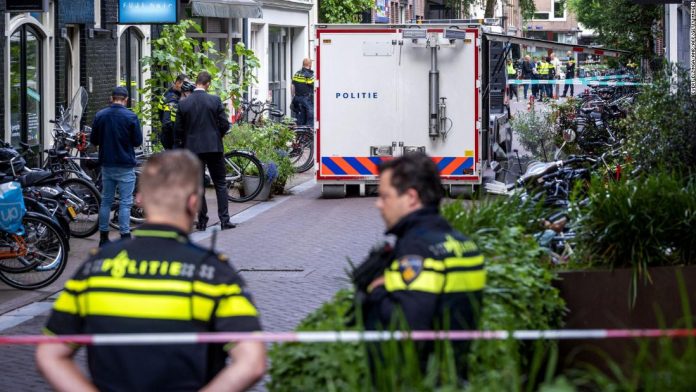 “He was seriously wounded and is fighting for his life,” Amsterdam Mayor Femke Halsema said in a televised news conference. “He is a national hero to us all. A rare, courageous journalist who tirelessly sought justice.”

Dutch police said in a statement Wednesday that two suspects — a 35-year-old Polish national living in Maurik and a 21-year-old man living in Rotterdam — are in custody in relation to the shooting. The statement said the two would be arraigned on Friday.

The police statement also said property searches were conducted overnight in Tiel, Maurik and Rotterdam where “various data carriers and ammunition were seized there.” Police added that an 18-year-old local resident who was initially arrested has “since been released and is no longer considered a suspect.”

Authorities responded to reports of a shooting on Lange Leidsedwarsstraat, a street near popular Leidseplein square on Tuesday evening, where de Vries was found and “immediately rushed to hospital,” according to…

Invoice Gates pledges $1.5 billion to local weather initiatives within the...