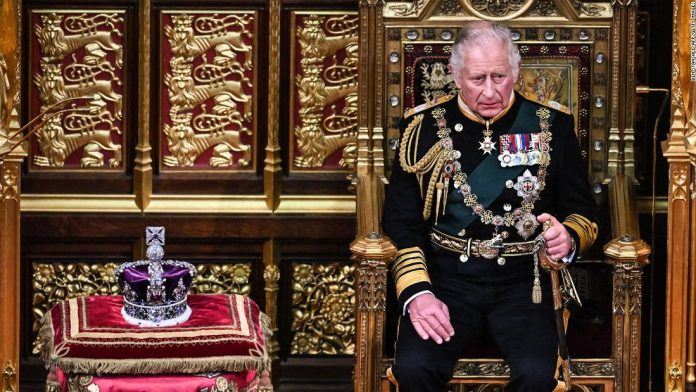 With the Queen forced to withdraw on Monday due to a recurrence of mobility issues, 73-year-old Charles arrived at the Palace of Westminster to read out the government’s legislative agenda.

Charles, who had attended the opening of parliament alongside his mother in recent years, started reading out each bill by saying: “Her majesty’s government will….”

Prior to the event taking place there was a mixture of confusion among those sitting in the Chamber of the House of Lords as to whether or not Charles would sit beside a ceremonial throne or stand in front of it. When he arrived and sat on the throne there was audible surprise among those watching in person.

The program for the day presented to those who had tickets to sit in the House of Lords had not been updated to reflect the fact that the Queen would not be attending herself, leaving some uncertainty as to exactly how the day’s events would unfold.