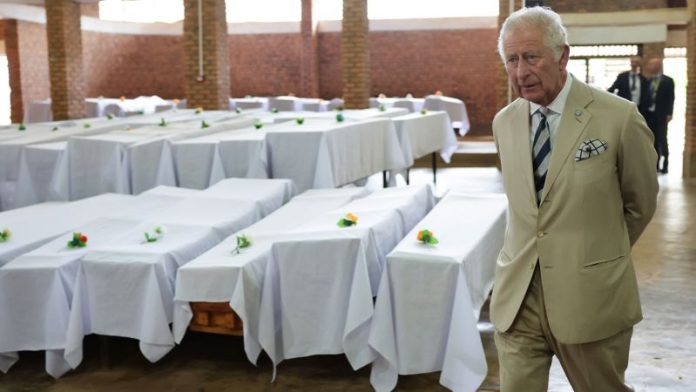 The altar of Nyamata Church is draped with a bloodstained cloth. Its pews are gone; in their place stand rows and rows of clothing and personal effects which belonged to the people massacred here 28 years ago. The roof above is peppered with holes caused by shrapnel, after perpetrators in the killings threw grenades into the building.

In 1994, Hutu extremists in Rwanda targeted minority ethnic Tutsis and moderate Hutus in a three-month killing spree that left an estimated 800,000 people dead, though local estimates are higher.

In the basement below the church – which today stands as a memorial to the 1994 genocide – the skulls of unidentified Tutsi men are suspended above the coffin of a woman from the same ethnic group who died following an act of barbarous sexual violence.

Attackers targeted churches like this one, on the outskirts of…