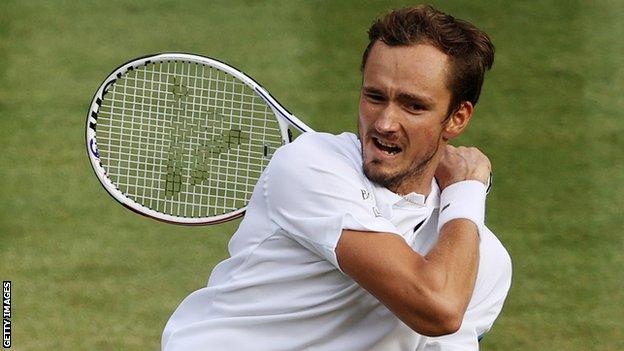 This summer’s tournaments at Queen’s and Eastbourne will not be stripped of ATP ranking points over a decision to ban players from Russia and Belarus.

The ATP Player Council was in favour of action after the All England Club and the LTA banned the athletes because of Russia’s invasion of Ukraine.

But after deliberation with players and tournament organisers, the ATP says the events will “proceed as normal”.

A decision about ranking points at Wimbledon has yet to be made, however.

And the Lawn Tennis Association (LTA) will face disciplinary action for breaching its contract with the tour by issuing the ban.

“The LTA’s decision to ban Russian and Belarusian athletes is contrary to ATP rules and undermines the ability for players of any nationality to enter tournaments based on merit, and without discrimination – a fundamental principle of the ATP Tour,” the ATP said in a…

Tokyo 2020: Skateboarder Sky Brown set to grow to be youngest...