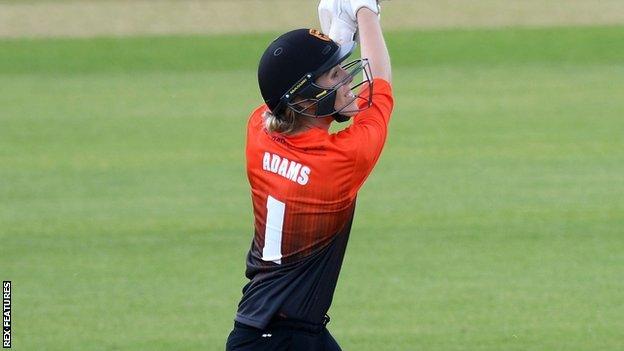 Central Sparks were knocked off top spot to third in the Rachael Heyhoe Flint Trophy as they suffered their first defeat on a day when Southern Vipers and Northern Diamonds both won.

Skipper Georgia Adams led by example with 77 as Vipers beat Western Storm by eight wickets, earning the extra bonus point that takes them to the summit.

Diamonds beat South East Stars in a game of more than 500 runs in Leeds.

But Sparks lost to Thunder, while Lightning beat backmarkers Sunrisers.

Beaten for the first time since 2019 by Sparks in their last outing, Vipers responded in the manner of defending champions.

“This is the perfect response after what was a pretty hard time last week,” said Adams. “We would have been happy with chasing anything around 250. We thought 280 was probably a par score, so…