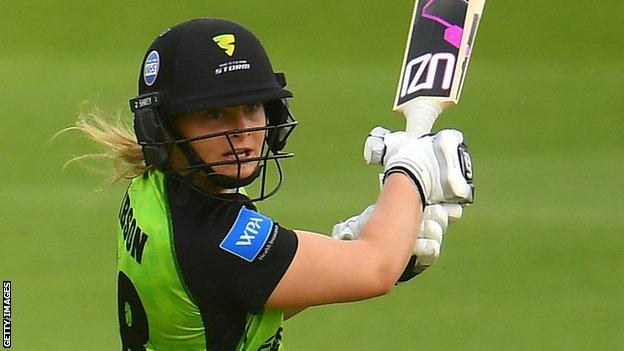 Western Storm chased a revised target of 239 with two wickets to spare to beat Thunder at Emirates Old Trafford in the Rachael Heyhoe Flint Trophy.

A nudged single into the off-side from Chloe Skelton saw the Storm over the line with 21 balls remaining.

Danielle Gibson then hit 56 off 40 balls to helped guide Storm to victory.

Gibson’s innings featured eight fours after her side has been set a revised 239 to win in 48 overs under the DLS Method after a brief spell of rain.

Western Storm finish fourth in the table, with…