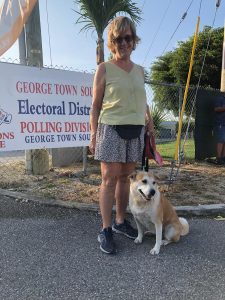 Almost half of Cayman’s voters have already turned out at local polling stations to cast their ballots in the 2021 general election.

According to the latest Elections Office update, 49.7% of Cayman’s electorate, or 11,727 voters, have cast ballots thus far. These figures also include postal and mobile voters.

The constituencies of Cayman Brac East and North Side have already crossed the halfway mark of their total registered voters.

Cayman Compass journalists, who have been out in the field visiting local polling stations since 7am, have noted long lines of voters waiting to have their say.