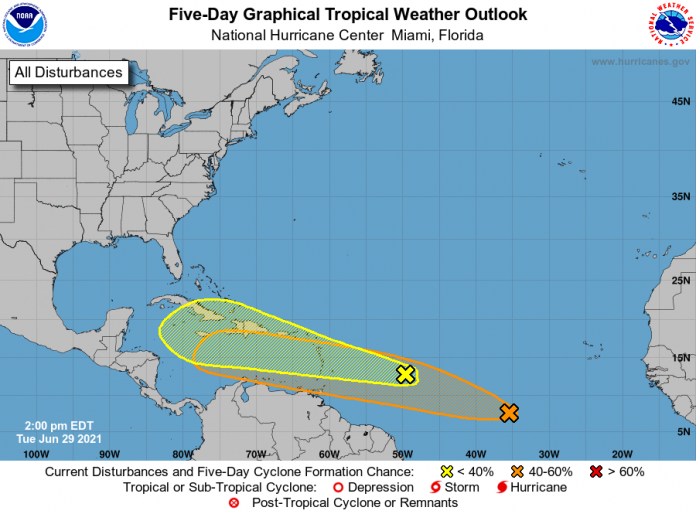 Forecasters have upgraded their projections for one of two weather systems being closely monitored in the Atlantic basin, giving it a 40% chance of development through this week.

The National Hurricane Center in Miami, in its afternoon report, said additional development of this system is possible during the next several days as it moves generally west-northwestward at about 20 miles per hour.

“Shower activity associated with a tropical wave located about 900 miles southwest of the Cabo Verde Islands continues to show signs of organization,” it said.

The system is forecast to have a 20% formation chance through 48 hours and 40% through five days.

A second system, which has been on the radar for a couple of days, has shifted its track slightly and is now shown overlapping with the system southwest of Cabo Verde.

The chance of formation of this system, the NHC said, has dropped from 40% to 30% through five days.

“Disorganized showers and thunderstorms continue in association with a…

Two climate techniques might turn out to be tropical depressions this...