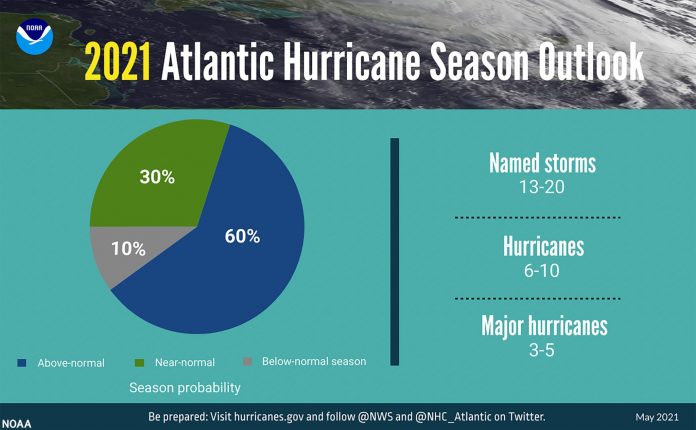 Forecasters at the National Oceanic and Atmospheric Administration (NOAA) have increased the number of named storms they expect to form in the Atlantic basin in the 2021 hurricane season.

The revised forecast was released on Thursday 20 May, less than two weeks from the official start date of the Atlantic hurricane season.

It calls for 20 named storms, three more than its initial forecast last month.

The new forecast anticipates six to 10 hurricanes, five of which could become major hurricanes.

During a virtual press briefing Thursday 20 May, Matthew Rosencrans, head of NOAA’s hurricane season outlook team, said the Atlantic basin is still experiencing a period of high activity, and current weather conditions support the call for an above average season.

“As we look forward to the 2021 hurricane season, there are several factors that we took into consideration…