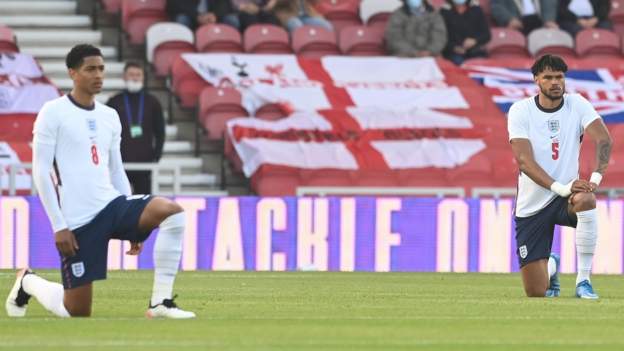 Ferdinand told the BBC those that booed were “being heard loud and clear”.

He added: “They are part of the problem. These people need to be educated. I think half of them don’t even know what they’re booing for.”

After England were booed by a minority of supporters before their two Euro 2020 warm-up games in Middlesbrough, manager Gareth Southgate said that “some people aren’t understanding the message” with taking a knee, stressing that it is not “a political stand”.

Southgate said his players would continue taking a knee…