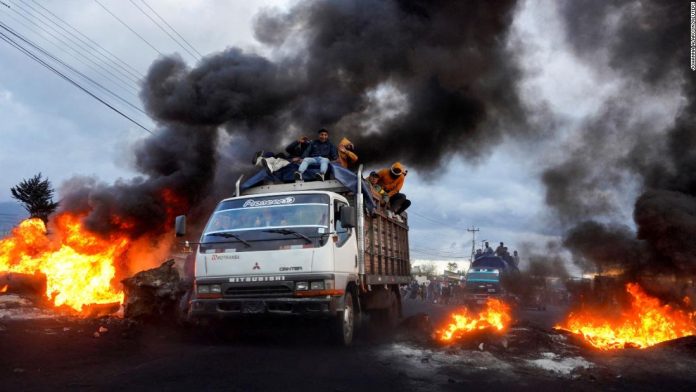 Rising fuel prices have already brought about protests in Argentina, Ecuador and Panama. Their neighbors could be particularly susceptible to rising prices at the pump, because the region lacks alternative means of transportation, such as railways and waterways that are more common in Europe and North America — and guzzle less fuel.

“The price of fuel is an anchor for the entire economy: if fuel increases, it has a direct impact on all sorts of prices,” says Sergio Guzman, director of Colombia’s Risk Analysis, a business consultancy in Bogota.

Exacerbating the issue, some sectors in the region are requiring greater amounts of fuel than ever before — paradoxically, to compensate for the effects of climate change.

In Ecuador, where bananas are the leading agricultural export, diesel pumps move water in and out of banana plantations — a necessity that has been more urgent as increasingly intense rainfalls hit the country, say analysts.