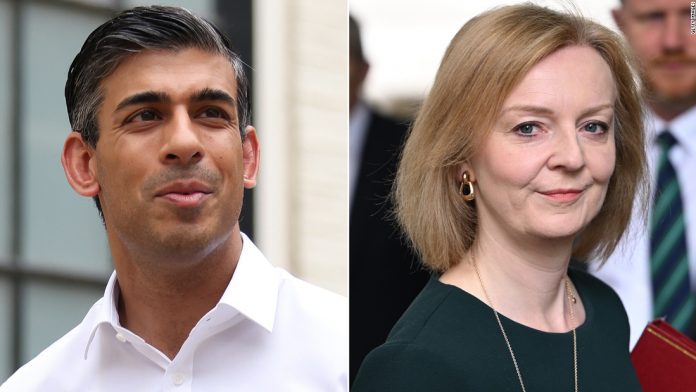 Johnson resigned as party leader earlier this month after a series of scandals led to dozens of ministerial resignations. Ten Conservatives stood in the contest to replace him, and over five rounds of voting, members of parliament whittled those down to two.

Sunak won 137 votes and Truss got 113 votes in the final round, while Penny Mordaunt with 105 votes lost out.

“Grateful that my colleagues have put their trust in me today. I will work night and day to deliver our message around the country,” tweeted Sunak.

For her part, Truss tweeted: “Thank you for putting your trust in me. I’m ready to hit the ground running from day one.”

Now about 160,000 rank-and-file members of the party will have their say, and in September the winner — and next prime minister — will be announced.

Both candidates who made it to the final two in the Conservative party leadership contest served in Johnson’s government, and could…

Opinion: As a baby of struggle, I do know what the...