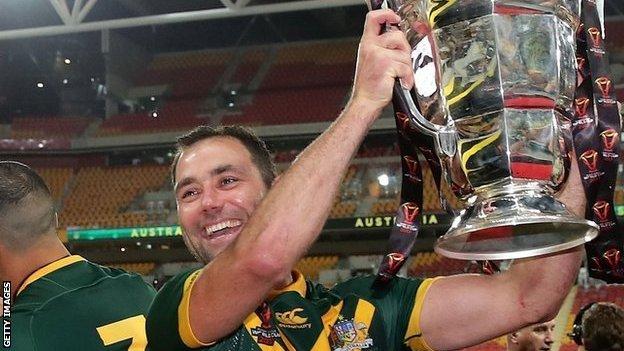 This year’s Rugby League World Cup in England has been postponed until 2022 after the withdrawal of champions Australia, and New Zealand.

The World Cup, featuring men’s, women’s and wheelchair events, was set to start in Newcastle on 23 October.

“It became unfeasible and irresponsible for us to carry on,” said Jon Dutton, chief executive of the tournament.

“I think it will take some time for international rugby league to recover from this. I hope we can be a beacon of light.

“Certainly we’ve prioritised player voice and player choice, we know the players want to play, we took our responsibilities very seriously, and we are determined to stage the biggest and best ever rugby league World Cup.

“It’s a real shame that it cannot be this year but leadership is about making tough decisions, it’s about being responsible, and we’ve done this in the best interests of not just the tournament but of the sport of rugby…