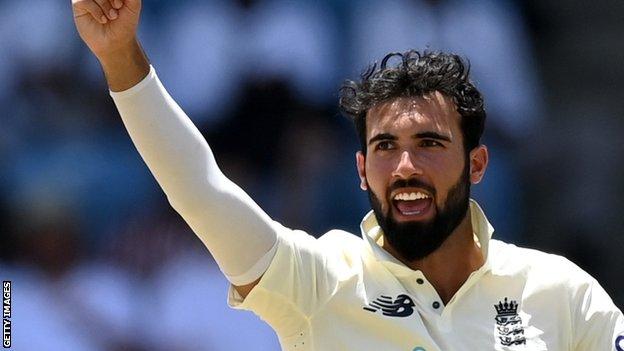 Lancashire and England seamer Saqib Mahmood has signed a new two-year deal to remain with the club.

The 25-year-old came through Lancashire’s academy and has since gone on to make 65 appearances in all competitions for the Red Rose.

He has played 20 times for England – across all formats – since his debut in a T20 game against New Zealand in 2019.

“I am really pleased to be able to commit my future to the club who have shown faith in me,” Mahmood said.

“It’s been a difficult few months since suffering the stress fracture to my back, but the support from Lancashire, and in particular our medical department, has played a huge role in my ongoing recovery.

Mahmood, whose previous contract had been set to expire later this year, had been linked with a move to Warwickshire prior to re-signing with Lancashire.

The Birmingham-born bowler injured his back in May and will miss the rest of the season.