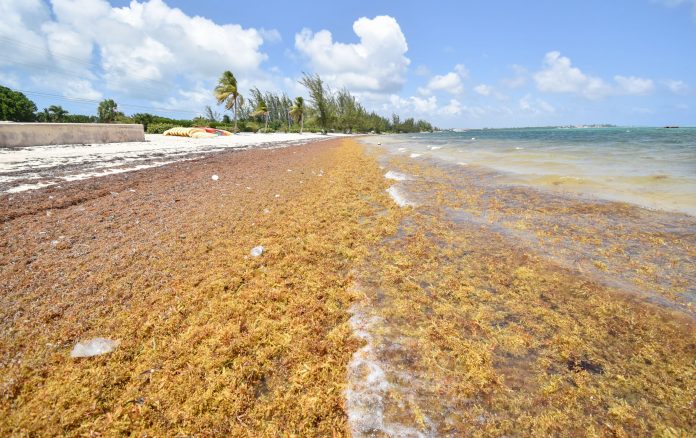 In what has become an unwelcome annual event, mats of sargassum again are bobbing off the coast of Cayman and blanketing local beaches and seafronts.

According to a report by the University of South Florida Optical Oceanography Lab, using satellite images from the NASA space agency, the amount of sargassum increased across the Caribbean Sea and the central west Atlantic in recent months.

The images show the total sargassum amount increased from 10.1 million tons in March to 10.6 million tons last month, over an area of 644 square miles. Between 2011 and 2018, the historical mean of coverage was about 31 square miles.

The April 2021 bloom was the second-largest amount recorded for that month. The largest amount in April was in 2018, when 12.6 million tons were recorded.

Looking ahead, both the eastern and western Caribbean Sea are likely to experience increasing amounts of sargassum from May to July, the latest report stated. The Gulf of Mexico is expected to see more of the seaweed…

Waltz alongside to Harquail for ‘Matilda JR.’