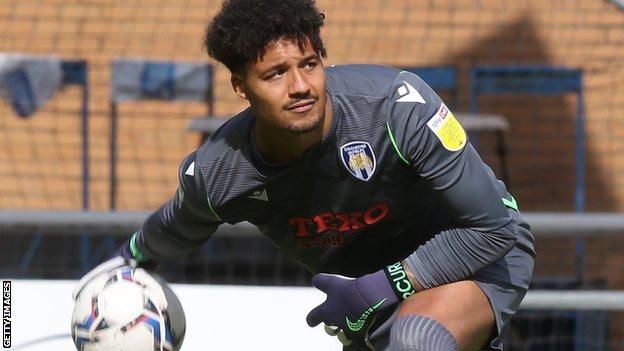 Colchester boss Hayden Mullins says it is “sickening” that U’s goalkeeper Shamal George was allegedly racially abused during their match at Barrow.

“It is embarrassing to think we are in this day and age and that is still going on,” Mullins told BBC Essex.

Barrow said the club would investigate and take “the strongest action possible” against any guilty parties.

“The club would like to make it absolutely clear that we abhor discrimination in all its forms,” a statement on their website read.

“[We] will take the strongest action possible, including pursuing life bans, for anyone found guilty of racism.”

The Cumbrians have called for any fans who witnessed any discriminatory abuse to help identify the perpetrators, and Colchester commended Barrow for their swift declaration to take action.

“Colchester United support Barrow’s intention to find and punish any person or persons responsible,” a club…