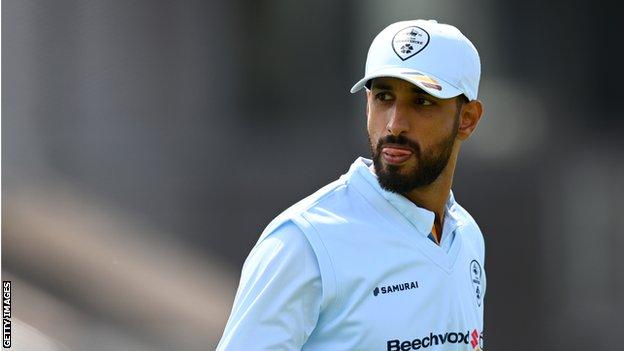 Pakistan opening batter Shan Masood has rejected a deal to remain with Derbyshire and will join a rival County Championship side next season.

The 32-year-old has scored 1,774 runs for Derbyshire this season.

Derbyshire said they discussed a new contract with Masood for several months and tabled “a significantly improved offer” before he decided to leave.

Head of cricket Mickey Arthur said Derbyshire “couldn’t match the offer” from the other, unnamed, club.

“Bringing Shan to Derbyshire was my priority when joining the club last winter,” Arthur continued. “He’s shown the performances I knew he was capable of in county cricket and we’ve been keen to extend his deal since very early on in the season.

“The other county set their stall out to bring in Shan and while it is of course disappointing to lose a player of his calibre, I and everyone at the club wish him the very best for the future.”

Masood, whose best knock this season was a…