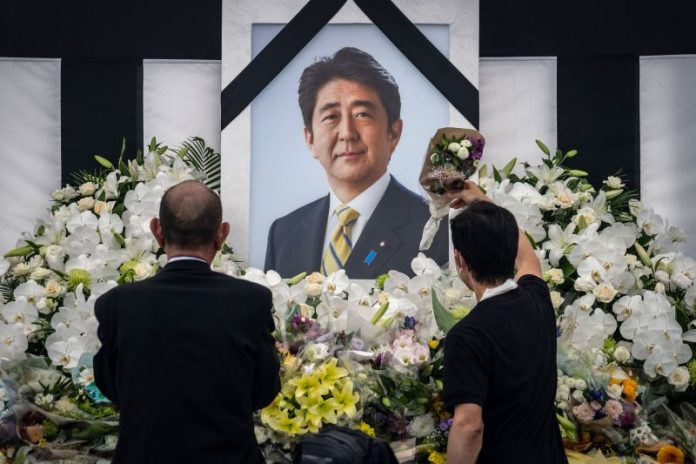 Japan bid farewell to former Prime Minister Shinzo Abe in an elaborate state funeral Tuesday, despite public opposition to the cost of the event as the country grapples with their late leader’s legacy.

Abe, Japan’s longest-serving prime minister, was shot dead during a campaign speech in Nara in July, stunning a nation where gun violence is extremely rare.

Abe’s ashes were carried into the venue, where the government played a video tribute honoring his life and career. Prime Minister Fumio Kishida then delivered a memorial address, praising Abe’s “courage” and dedication.