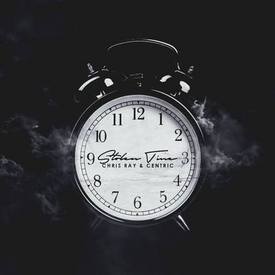 Centric (Christopher Louray Mandujan) is an award winning music composer and record producer who has worked with Grammy award winning and nominated artists  Planet Asia, Day 26, Product G&B, Swizz Beatz, Freeway .  Singer-song writer Chris Ray is quickly becoming one of the most sought after singers in the mid-west while working closely with industry heavy-hitters such as Jermaine Dupri, Brian Cox & Jagged Edge.

Seven13 is a new entertainment company founded in 2015 by industry veteran and accomplished corporate strategist and visionary Tony Bucher.  Bucher was the founder and CEO of Gracie Productions.  By 2011 Gracie Productions was the 3rd largest independent entertainment company in the US with clients that included, Universal, Sony, EMI, MTV, NBC and many others. In January 2015 Bucher launched Seven13 with the goal of producing, distributing, licensing and promoting new and exciting talent.

Centric and Chris Ray previously released one of the singles ‘I Feel So Alive’ from the upcoming album “Stolen Time”.  “Stolen Time” is being released on August 14th, 2015. It will be available for sale on Itunes and Amazon. Look for features on the album by Artists CuzOh and also Jagged Edge member, Brian Casey.