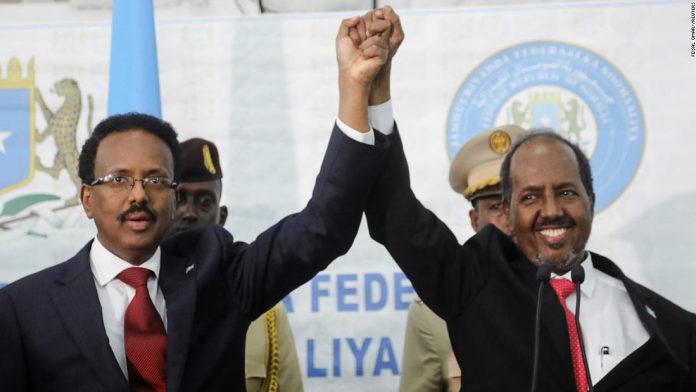 Mohamud previously served as president from September 2012 to February 2017 and is now the first leader of the country elected twice as Somalia’s head of state.

After his election he vowed to “work on a stable politics that leads Somalia to agreement and the world to agreement.”

In the vote conducted by lawmakers and aired by Somali National Television (SNTV), Mohamud defeated outgoing President Mohamed Abdullahi Mohamed Farmaajo, whose rule came under scrutiny late last year as he suspended the powers of the prime minister amid an ongoing tussle for power, triggering calls for calm from the US and UK, and raising concerns of political violence.

“I congratulate the president-elect, my brother, H.E @HassanSMohamud on his election as our nation’s 10th president. I urge all my fellow citizens to support & pray for his success. I would like to express my appreciation to everyone…