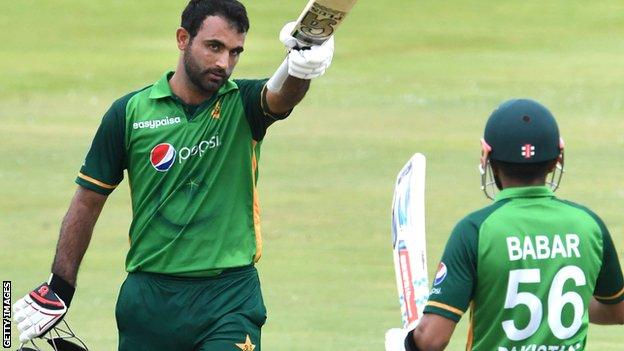 Another century from Fakhar Zaman helped Pakistan to a series-clinching 28-run defeat of South Africa in the third one-day international.

South Africa were rarely in the chase in Centurion, bowled out in the final over for 292 and losing the series 2-1.

The home side were without Quinton de Kock, David Miller, Anrich Nortje, Lungi Ngidi and Kagiso Rabada, who had all travelled to the Indian Premier League, while Rassie van der Dussen was ruled out with a quadriceps injury.

Their chase was hit by left-arm spinner Mohammad Nawaz, who took three…