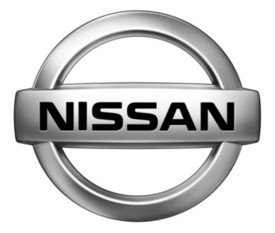 Full-size sedans are much more likely to be known for their subdued highway cruising than their engaging acceleration or responsive handling, but the 2016 Nissan Maxima will be a clear exception to that rule when it goes on sale this June. Nissan kicked off production of the redesigned 2016 Maxima at its Smyrna Vehicle Assembly Plant in Tennessee last month, welcoming a bolder generation of its “4-door sports car.”

It is clear from first glance that the 2016 Maxima is not a typical full-size sedan. Crisp design lines complement the car’s V-Motion front end, boomerang-shaped headlights, kick-up C-pillars and floating-roof motif to create a look that is sure to stand out in the company parking lot. Overall, the new Maxima is lower, longer and lighter than the previous generation, and its handling is further enhanced by new monotube rear dampers and a 25 percent boost in torsional rigidity. Under the hood, more than 60 percent of the revamped 3.5-liter V6 engine is comprised of new parts, leading to a 15 percent improvement in highway fuel efficiency and a 10-horsepower increase that brings total output to 300 horsepower.

“While other full-size sedans tend to go unnoticed on the road, the 2016 Maxima will make its presence fully known, both with its style and with its performance,” said Bruce Garcia, general sales manager of Mastria Nissan, a Nissan dealer in Raynham, Mass. “If you’re a driving enthusiast who has always loved sports cars but now you need more space, comfort and safety for your family, then the new Maxima was designed with you in mind.”

For buyers who want the utmost in performance, the new Maxima SR trim will feature unique suspension damper tuning, a larger front stabilizer bar and electronic chassis management through the Integrated Dynamic-control Module (IDM) system. As part of the IDM system, Active Ride Control will create smoother driving dynamics by instantly leveling off the body after a bump or undulation with targeted brake applications.

About Mastria Nissan:
Mastria Nissan has been serving Massachusetts Nissan fans since 2004, focusing on exceptional customer service and a low-pressure sales environment. Their Nissan dealership offers the full line of Nissan sedans, crossovers and pickups, as well as a state-of-the-art Nissan service department staffed with skilled technicians. Plus, Mastria Nissan is the only authorized NV dealer in the area, making them the destination for business owners in Southern Massachusetts who need commercial vehicles. Located at 1305 New State Highway in Raynham, they can be reached by phone at 888-820-9028 or found online at www.mastrianissan.com and www.facebook.com/MastriaNissan.

Sindh amends lockdown order, rolls back on some restrictions – Press...

Philadelphia Car Accident Lawyer On The Top 3 Distractions For Teens...